Too many women, children - and men - are victims of crime in their own home and sadly we have seen an increase in the last year due to coronavirus.

Thames Valley Police take domestic abuse incredibly seriously. In recent years we have seen the number of arrests increase as the Force has taken a more proactive approach. Abuse can be physical, but if can also be emotional, psychological and financial.

The Police & Crime Commissioner for Thames Valley not only oversees the efforts of the police to tackle domestic abuse, but also has a role in supporting local authorities, charities and the courts to deal with the issue.

In the last year the PCC has provided more than £700,000 of funding to charities and organisations working in Thames Valley to deal with the immediate challenges facing us all due to coronavirus.

This is on top of ongoing support for local authorities and the Victims First service which provides support for victims all all crimes.

In addition the PCC has been only the second in the country to provide support for Family Drug and Alcohol Courts, known as FDACs. This supported has provided a specialist keyworker to support families as well as working with a forensic psychologist.

I am keen to spread the good work of these FDAC courts across the whole of the Thames Valley so that families can benefit from the intensive support they provide.

Thames Valley Police has also supported a pilot in Buckinghamshire that allowed domestic abuse cases to be fast-tracked through the courts. I am still hopeful that this process can be extended more widely, as the sooner perpetrators can be brought before the courts, the more likely victims are to be willing to support a prosecution.

The Domestic Abuse Bill which is in its final stages before becoming law will provide real opportunities to improve the protection for victims. As well as the formal steps of creating a domestic abuse commissioner and putting a duty on public bodies to address the issue, it also creates a single legal definition of domestic abuse. The new legislation should improve the provision of secure accommodation for victims, and additional funding has been announced for Thames Valley's local authorities already this month. Really importantly it will also allow the police and local authorities to be more proactive in tackling perpetrators who currently rely on the fear they instil in their victims to protect them.

In order to tackle domestic abuse we need continued enforcement by the police, holistic support for victims and an innovative approach through the family and criminal courts that will prevent offending and protect the most vulnerable. 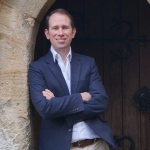 Transport Secretary Grant Shapps on building a railway fit for the future.