Paul Harrison is the County Council Candidate for Henley. His priorities for Henley are:

Paul has lived in the Henley on Thames area for many years. Paul was a District Councillor - first for Henley and then later for Sonning Common for over two decades. During that time he was Chairman of the District Council in 2015 and later Cabinet member for Economic Development and Regeneration and was instrumental in making the Market Place Mews and Gardiner Place development happen.

Paul has always been a passionate supporter of the environment and before he was involved in local politics he was a keen member of the Chiltern Society. Paul cleared footpaths as part of the rights of way team and then later served as a coordinator for their South Oxfordshire Planning team. Protecting the environment and reducing pollution was one of the main reasons he was drawn into politics and it is something that continues to drive him today.

Outside of work Paul enjoys hiking, cooking and playing the guitar and saxophone. He has held a pilots licence for many years now and has qualifications in night flying and aerobatics. 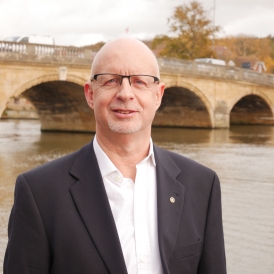