Will was elected to the Town Council in 2011 after three years as the Chairman of the Henley Conservatives branch. He has lived in Henley for 18 years and has campaigned for local residents in his area. His ambition has always been to give something back to the town which is why he enjoys being a Town Councillor.

From his work as a Management Consultant, he brings what he has learnt in the business world, to making the Town Council more effective.

Will has a BA in Business Studies and a Masters in Marketing from Kingston University. A boat owner, a member of Henley Golf Club and Henley Rugby Club, he has always been passionate about the local community.

As well as having one of the highest attendance levels for committees over the past four years, Will has also been heavily involved with the Neighbourhood Planning Governance, a Trustee on the Henley Educational Trust, the Town Medal Group, the Henley Highwayman Group, Traffic Advisory Committee, founding member of the Henley Rail Users Group, the Markets Group and the Outdoor Gym Group.

He has also been involved in some great town projects such as the Jubilee celebrations, River Pageant, Lest we Forget, Late Night shopping, and the Henley Highwayman.

Working closely with all levels of government, he is campaigning to ensure we have fantastic services and the very best infrastructure for Henley. 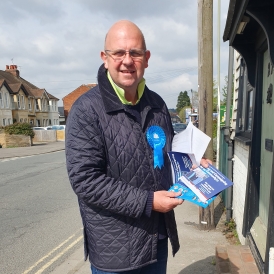